Registrer for The Tips for Teachers event here: 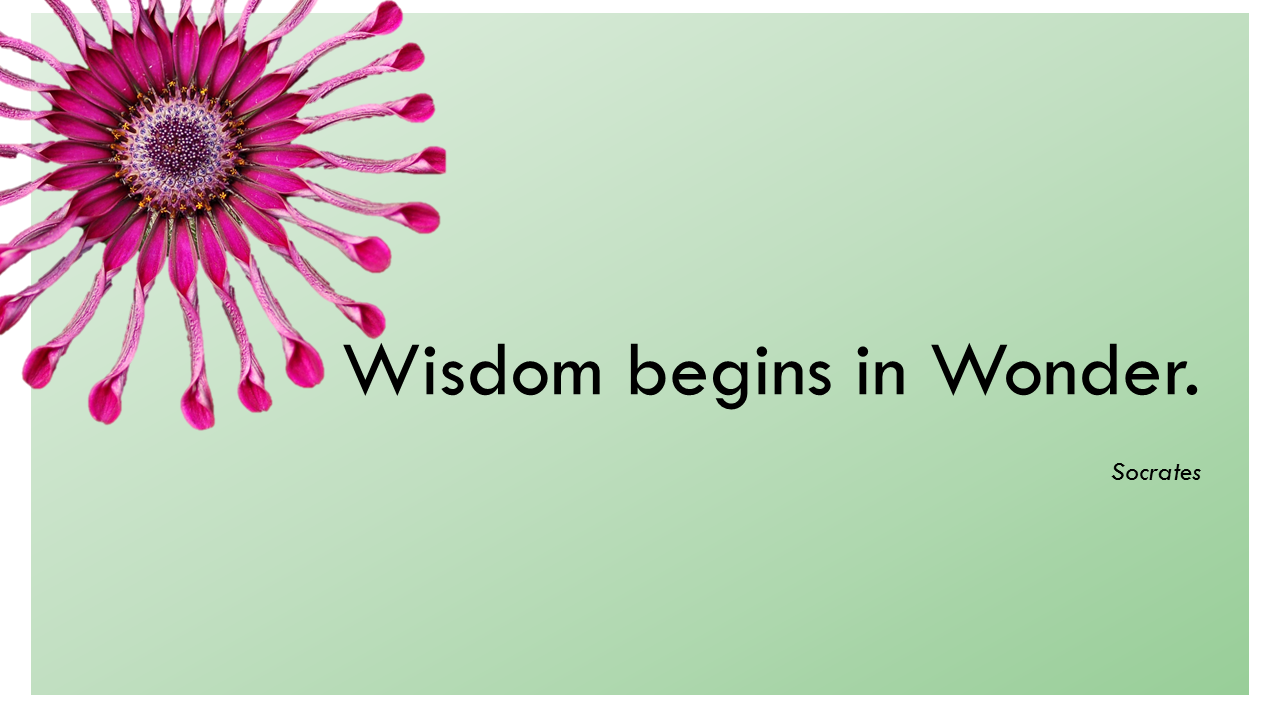 Some Children Welcome Hugs; Others Don’t

Most early childhood educators pay attention to the variety of reactions and feelings young children show when adults outside their families attempt to greet them with hugs. Advice columnist Amy Dickinson’s “Ask Amy” feature included a recent discussion about friendly – but not intrusive – greetings for children. A woman who teaches children in a church ministry described a way to give children a choice. Each day she greets each child by name with a brief “pleasantry” and asks the child if she or he would like a high five, a hug, or a wave that day. This allows children to choose the greeting they are comfortable with and helps them learn about consent and their control over themselves. Dickinson added a fourth possible choice that she had offered her shy young child when adults greeted her: a “silent hello,” looking at the adult without having to speak until she was ready. The Chicago Tribune offers the March 17, 2019, column online at: https://www.chicagotribune.com/lifestyles/askamy/ct-ask-amy-03172019-story.html

The Early Childhood Community Coalition’s Tips for Teachers event series will include a future session on gardening with children, a proven learning experience. Meanwhile, the University of Illinois Extension provides inspiring information on school and early childhood gardening – on two Web pages: go.illinois.edu/MyFirstGarden and go.illinois.edu/SchoolGardenResources. Preschool educators will want to adapt information for young children and for their own early learning and child care facilities.

Getting to Know Parents and Local Primary Educators

A program in California’s Fresno Unified School District highlights the benefits of early childhood educators and care centers speaking with parents of young children and improving communication among preschool and primary grade educators. Fresno schools wanted to learn more about preschoolers’ languages at home and parents’ preferences regarding language instruction in the District’s preschool and primary grades. Teachers began a program of interviewing parents of preschool English learners. The District noticed the benefits of learning what parents knew and didn’t know about educators’ approaches to language learning. The District assured parents whose home languages are not English that the schools work to support children’s home languages as well as English (while also respecting instances where parents strongly preferred no emphasis on a non-English language).  As a result, educators saw much greater interest among families in the schools, as well as parent volunteering in preschools and schools. The District is working to expand conversations with parents of all young children in the District, as well as communication with non-school early learning centers and child care homes. Early childhood centers and day care homes everywhere can benefit by building relationships with their communities’ schools and by talking with parents about their understanding of early childhood learning. EdSource has a report on the Fresno efforts online at https://edsource.org/2018/building-relationships-with-preschool-parents-one-conversation-at-a-time/603908.

The American Academy of Pediatrics (AAP) has issued a new policy statement concerning spanking and corporal punishment, saying that these practices are ineffective in teaching children responsibility and self-control. Rather, the AAP argues, research indicates that spanking increases aggression in children and may negatively affect brain development. The updated AAP policy statement will be published in the December issue of the journal Pediatrics (and published online November 5, 2018). See https://www.aap.org/en-us/about-the-aap/aap-press-room/Pages/AAP-Says-Spanking-Harms-Children.aspx. Early childhood educators are not in a position to teach parents child-raising, but educators and early-childhood care providers may find opportunities to help stressed parents understand alternatives to spanking and verbal abuse of children, such as rewarding positive behavior and clarifying expectations and limits.

According to the New Parent Support Program at Naval Station Great Lakes, research shows babies who are regularly massaged by parents have better weight gain and are more relaxed and less colicky. The Naval Station’s New Parent Support Program offers Infant Massage Classes to military families at no cost. Babies massaged by parents who learn healthy techniques also have increased melatonin, resulting in improved sleep cycles and less stressful nights for babies and parents, lower cortisol levels, and other health benefits. Early childhood teachers and care providers can advise Lake County military parents to contact the Great Lakes Fleet and Family Support Center for information about Infant Massage and the New Parent Support Program at 847/688-3603 ext. 100, according to Great Lakes Bulletin. Non-military parents can ask their pediatricians about infant massage.

The Power (and Importance) of Play for Young Children

The American Academy of Pediatrics (AAP) recently advised pediatricians to prescribe periods of play for children and their families. Yes, play – and yes, prescribe! The pediatric group has released a policy statement, “The Power of Play: A Pediatric Role in Enhancing Development in Young Children.” In it, AAP summarizes developmental and neurological research that supports the importance of activities such as peek-a-boo, Simon Says, and other healthful play. Information is available from www.aap.org and various organizations such as HealthyChildren.org (https://www.healthychildren.org/English/ages-stages/toddler/fitness/Pages/Caution-Children-at-Play.aspx). [Reported in the New York Times (August 28, 2018)]

If You Have Ideas for “Tips for Teachers” . . .  email them to earlychildhoodlc@gmail.com

The Value of Reading to Babies and Toddlers

Parents magazine’s August 2018 issue also reports that children who eat fish at least once per week score higher on IQ exams and sleep better than those who eat fish less often or not at all. Dietary fish contain DHA, an Omega-3 fatty acid crucial for brain and eye development, according to Laura Gibofsky, R.D., pediatric dietician at the Hospital for Special Surgery in New York City.

Here are tips for including fish in meals for children.

Helping Parents Understand the Benefits of Naps for Tots

Neuroscientist Rebecca Spencer and her colleagues at the University of Massachusetts Amherst have reported research-based evidence that naps plus overnight sleep together benefit memory in early childhood, research published August 22, 2018, in Scientific Reports. Naps combined with healthful nightly sleep, the scientists conclude, help children consolidate memories (vital to learning). Naps also contribute to how preschool children process emotions. Yes, science supports the observations of moms and dads that missed naps can result in little ones’ grumpiness or giddiness.

In other early childhood sleep news, this concerning infants, a study published in JAMA Pediatrics finds that breast-fed babies close to six months of age who also were introduced to age-appropriate solid foods sleep slightly longer than babies who are exclusively breast-fed. British researchers based their conclusions on sleep as reported by infants’ mothers. The average 17 minutes per night of extra sleep provides about two hours of additional sleep per week, and the babies who ate some solid food also experienced a reduction of sleep interruptions of approximately 9 percent. The New York Times reported on this study.

How can parents get preschool children to eat healthy vegetables? Researches working with children in child care centers have found one method: using segmented plates whose compartments are decorated with images of fruits and veggies. The pictures indicate to young children where these foods should be placed. According to JAMA Pediatrics, the researchers served lunches to 235 young children, some using the decorated plates and others using plain white plates. Children placed the vegetables and fruit on their plates. Then the scientists had each child use the other kind of plate. When the children used the veggie-decorated plates, they ate an average of 28.17 grams of vegetables, nearly 8 grams more than children using the plain dishes. Children did not take and eat significantly more fruit during the study, reported in the New York Times (August 14).

Lake County Health Department supports Breastfeeding Promotion Month and the healthful and economical benefits of breastfeeding. Child care centers have found ways to share information about the pluses of this natural form of nutrition with mothers of little ones. Health Department Executive Director Mark Pfister says, “We want Lake County mothers to know that breastfeeding is a healthy choice for you and your baby. Breastfeeding support services are important to help promote good nutrition and food security for infants.” Human milk is full of antibodies that help protect babies from many diseases, including ear and respiratory infections, allergies, leukemia, diarrhea, and diabetes. The Lake County Health Department’s Women, Infants and Children (WIC) program has four Breastfeeding Peer Counselors available at five Lake County locations to help moms achieve success. For information and support, mothers can call the WIC at (847) 377-8420.

Many parents, teachers, and children in the Chicago area appreciate books made available to young children and older children by Bernie’s Book Bank in Lake Bluff. Bernie’s Book Bank set a Guinness Book of World Records greatest this summer by building a pyramid of books 24 feet high – made of 144,000 books stacked up by volunteers. This activity helped Lake County and other Illinoisans recognize that Bernie’s Book Bank distributes good books free to children from birth through sixth grade. Teachers and parents (and grandparents and other kids) who share stories and books with young children help early learners enjoy themselves now and succeed in preschool and school later.  Bernie’s Book Bank also welcomes donations of books in good condition and volunteer efforts to get millions of books to children! Visit www.berniesbookbank.org and www.berniesbookbank.org/volunteer.

If You Have Ideas for “Tips for Teachers” . . .  email them to earlychildhoodlc@gmail.com